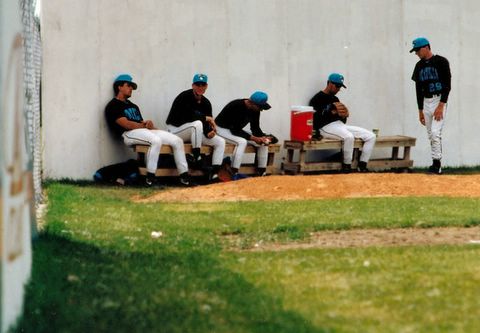 [October 12th] -- Thirteen years ago, I was living through a remarkable time in my life. I didn't have any gray hair yet, and my 30 foot jump shot still traveled 30 feet. Heck, back then, I could actually stoop to pick something up and then stand back up. * Sigh ...*

I had a camera store / photo studio that I thoroughly enjoyed running, and had a string of some of the best part-time jobs you could find. In the late 1980's, I was the stadium announcer for the Idaho Falls Braves, a class 'A' rookie team for Atlanta. I got paid $25 dollars a game to sit in the best seat in the house and say, "Leading off and playing shortstop, number 10, Jose Offerman..." Then, beginning in 1991, I was the "official" photographer for the Idaho State University football and basketball teams. It was a great time for me. Now, don't get me wrong, this was more about being in the right place at the right time then having any marketable talents. I got the job with the Braves because I was in the stadium trying to sell the players boom-boxes when the old announcer quit in a huff. Rai Henniger, the team's GM, who didn't know a soul in Idaho Falls, walked up to me and asked me if I'd like to be the team's PA announcer. As for working for the university, the new football coach came in to my store one day to buy a video camera, and asked me to be his photographer. I spent my summers at McDermott Field in Idaho Falls and my winters in Holt Arena in Pocatello. It was great.

In 1992, The Salt Lake Trappers, an independent team in the Pioneer League, were forced out of the Utah capital because Derks Field, their home park, had been condemned. The city tore it down and built a new Triple-A stadium in its place. They moved north to my home town of Pocatello Idaho, changed their name to the Posse, and began the process of settling into town. Needing a photographer, the team's general manager contacted me, and I spent the summer snapping pictures at Halliwell Park. Again, right place, right time.

I got a chance to get to know several of the players. Some asked me to take pictures and send them to their families in Oklahoma, and Florida, and Wisconsin. Others just wanted to know where the pubs were in town. A few of the players were jerks, but the vast majority were good, decent kids, most of them away from home for the first time.

Towards the end of the season, it became known that the team would be moving to Ogden Utah in 1994. The players were told to make sure they returned the jerseys at the end of the year. Because the Posse would be in existence for only one year, they would probably become valuable, and the owner wanted them.

The players groused, because (I think) they were told earlier that they could keep them.

I was in the clubhouse during the last homestand, snapping pictures and saying goodbye to the players. One young pitcher came up to me and thanked me for taking some pictures of him during the season. He had a vibrant personality -- he joked -- he cajoled -- he laughed all the time. He was confident, on the cusp of being arrogant, but not quite. He had told me earlier in the season that he had been released by the Twins the previous year, and that "The gig in Pocatello was the only one I could find." He said that he was confident he was going to find work in '94. He had pitched well, going 8-4, 4.13 in 16 starts. I genuinely like the guy and told him I thought he had a bright future (I was just guessing). I walked through the clubhouse door and headed towards my car when I heard a voice call out, "Hey, Snappy!" (Some of the players called me that because of the loud "snap" sound that my camera made). The pitcher caught up with me in the parking lot. 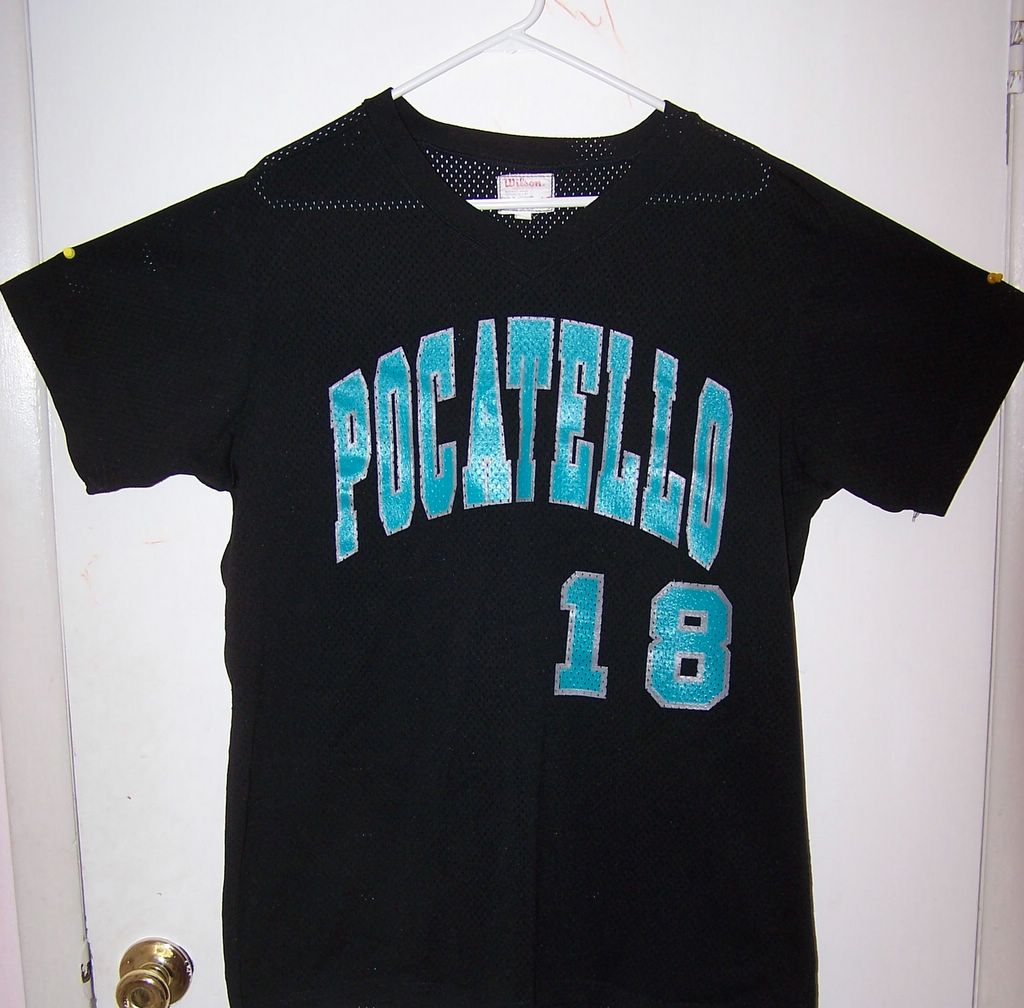 He reached under his shirt and pulled out a black and teal Posse home jersey. "They said we couldn't keep them, but they didn't say we couldn't give 'em away," he said with a smile. He tossed me the jersey, waved, and ran back into the clubhouse. It was a real "Mean Joe Greene" moment.

I knew that player as Cory. I Never knew his last name -- never new any of their last names. So when the tragic news of the death of Cory Lidle hit the news yesterday afternoon, I never gave it a second thought. Oh sure, I was saddened by the death of this baseball player, but it wasn't like I had any relationship with the guy.

After driving my son to band practice this morning, I stopped at the corner convenience store to grab a newspaper. "Dead Baseball Player Had Pocatello Ties" read the headline. Oh, my. I ran home and searched through my copies of all those pictures I took, trying to find one of Lidle. Turns out that most of them are in storage, including the ones I took for the player's baseball cards (I got a whole $50 for that job). I did find the picture at the top of this story, however. It was taken in July, 1993. I scribbled the names of the players on the back of the picture. Second from the left reads, simply: "Lidle."

I never realized that "Cory," that fun loving kid who gave me the jersey (I don't know if it was his or not) made it to the major leagues until this morning. I didn't follow these players' careers after they left Pocatello because, well, this was an independent team for goodness sake -- these were players who couldn't sign with a big league club. I didn't think they had the talent to make much farther.

I wish I could remember more about Cory Lidle than just the shadowy impressions that remain with me these many years later. He was fairly short. He laughed a lot. He was really confident. But he was so much more than that.

Adieu, mon ami. May God bless your family until you see them again.

MLB Traderumors is predicting that second baseman Orlando Hudson will likely end up in Washington.

I think they are right.

The Nationals have no one in-house who can play second and no one wants to see Cristian Guzman next to Adam Dunn.

The Nationals still have enough money remaining in the till to pay Hudson $5 million or so for 2010.

The Nationals have enough back of the rotation starters (Scott Olsen, Ross Detwiler, J.D. Martin and Craig Stammen) to spend the remaining resources on Hudson.

Big happenings? Nah. Just happenings. Zach Day was designated for assignment by the Colorado Rockies and Capitol Punishment is reporting that the Nats have claimed him off the waiver wire. So we ended up getting Preston Wilson for nothing. That's nice. Billy Traber, he of the tight leash, was sent down to New Orleans and replaced by Mike O'Connor.

What was it that Jim Bowden said when he lost Darrell Rasner to the Yankees through waivers last winter? Wasn't it something like, "C'mon, it wasn't like he was going to make an impact at the major league level?" Well Jimbo, it seems like some of your "minor" transactions are coming back to haunt you.

Rasner, a 6'3" righty from Carson City, Nevada, was waived February 11th by the Nationals, just a couple of weeks before the start of spring training. He was picked up and assigned to 'AAA' Columbus. He had some injuries this year, but it didn't effect his pitching. In 58 innings for the Clippers, Rasner went 4-0, 2.76. But wait. There's more.

Jim, if I were you, I'd stay away from the waiver wire. Seems like you haven't figured it that it's supposed to help the team, not hurt it.